Home » General information on the project

General information on the project 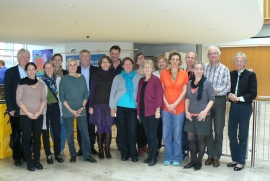 The ALTERNATIVE project aims to provide an alternative and deepened understanding based on empirical evidence of how to handle conflicts within intercultural contexts in democratic societies in order to set up security solutions for citizens and communities.

In its methodology, it will combine theoretical research [on three large topics namely (1) alternative epistemologies of justice and security, (2) conflict intervention in intercultural contexts and (3) existing methods of restorative justice and their relevance in intercultural conflicts] with action research carried out in four different countries with different types, levels and settings of conflicts:

These parts together produce a spectrum of theoretically grounded and empirically tested models of dealing with conflicts in intercultural settings by restorative justice processes.