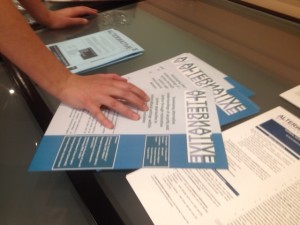 On 11 and 12 June 2015, the International Institute for Restorative Practices held their conference ‘From Dream to Reality, Dawning of a new social science’ in Budapest, Hungary. It brought together pioneers and practitioners who are advancing the field of restorative practices around the world. The conference, which was held in English and Hungarian, welcomed speakers from all over the world, including the United States, Australia and the Netherlands.

Christa Pelikan and Katrin Kremmel from IRKS attended the conference, while spreading information on the ALTERNATIVE project, as well as announcing the final conference, to be held in Leuven, Belgium on 16, 17 and 18 November.

Also from the ALTERNATIVE project was Borbála Fellegi, who introduced the action research Foresee is doing in the Hungarian village of Kakucs.