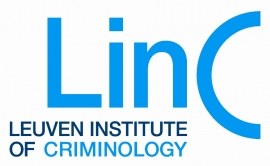 Launched in January 2007, the Leuven Institute of Criminology (LINC) is composed of about seventy professors and assistants involved in criminological research and education within the Department of Criminal Law and Criminology of the KU Leuven Faculty of Law. LINC intends to continue the Leuven tradition of combining solid research with a deep commitment to society. This goal is achieved through fundamental as well as policy-oriented research that is organised around 10 research lines. One of these is the “Restorative justice” research line, grouping more than 20 researchers doing different types of research on various aspects of restorative justice. A number of restorative justice research projects within LINC is explicitly practice and policy oriented, at a national or international level. Other projects focus on more fundamental and theoretical questions. However, special attention is always paid to the interrelation between restorative justice theory and practice. 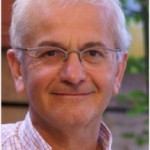 Ivo Aertsen is the Coordinator of the FP7 project ALTERNATIVE. He is a professor at the Leuven Institute of Criminology. He holds degrees of psychology and law from the same university. His main fields of research and teaching are victimology, penology and restorative justice. His PhD thesis (2001) focused on the relation of victim-offender mediation to criminal justice. Dr. Aertsen has been chair of the European Forum for Restorative Justice (EFRJ) from 2000-2004, and has coordinated COST Action A21 on Restorative Justice research in Europe from 2002-2006. He is Editorial Board member of several journals and is involved in various practice and policy oriented partnerships. He has acted as expert for the U.N., the Council of Europe, the OSCE and the European Union. He is closely involved with the Secretariat of the EFRJ in Leuven and is offering support to the various research projects in the EFRJ. [email protected] 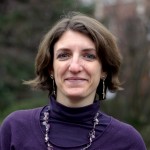 Inge Vanfraechem is project manager of the FP7 project ALTERNATIVE. She has been doing research in the field of restorative justice, youth delinquency and victimology since 2000, first at LINC (2000-2006), then at the National Institute of Criminal Sciences and Criminology, Ministry of Justice, Belgium (2006-2010). She has been vice-chair of the European Forum for Restorative Justice (EFRJ) (2006-2010), has done research for the EFRJ on a project with regard to victims and restorative justice, and is an active member of the Editorial Board of the Dutch-Flemish Journal on restorative justice.  [email protected] 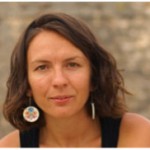 Brunilda Pali is a researcher and PhD candidate at the Leuven Institute of Criminology (LINC), as part of the research team for the project ALTERNATIVE. She has been working for two years in the European Forum for Restorative Justice (EFRJ) on a project on building social support for restorative justice, which investigated ways to work with the media, civil society and citizens in the area of restorative justice. Subsequently she worked in LINC on a project on family mediation in cases of international child abduction, which aimed at creating a European training for family mediators and trainers. Brunilda has studied Psychology in the University of Bosphorus in Istanbul, Gender Studies in the Central European University in Budapest and Cultural Studies in Bilgi University in Istanbul. Before coming to Leuven, she has lectured at the University of New York in Tirana and worked in the Albanian Foundation for Conflict Resolution. [email protected]

Mario Ragazzi – Internationalist engineer, has worked for the Catholic Church, international nongovernmental organisations and the European Union in post/during-conflict countries like El Salvador, Colombia, Pakistan and Afghanistan for a dozen years. Research interests on issues of state formation, institution-building and security in development. For more info see http://www.ragazziconsulting.com or contact Mario at mario [dot] ragazzi [at] law [dot] kuleuven [dot] be